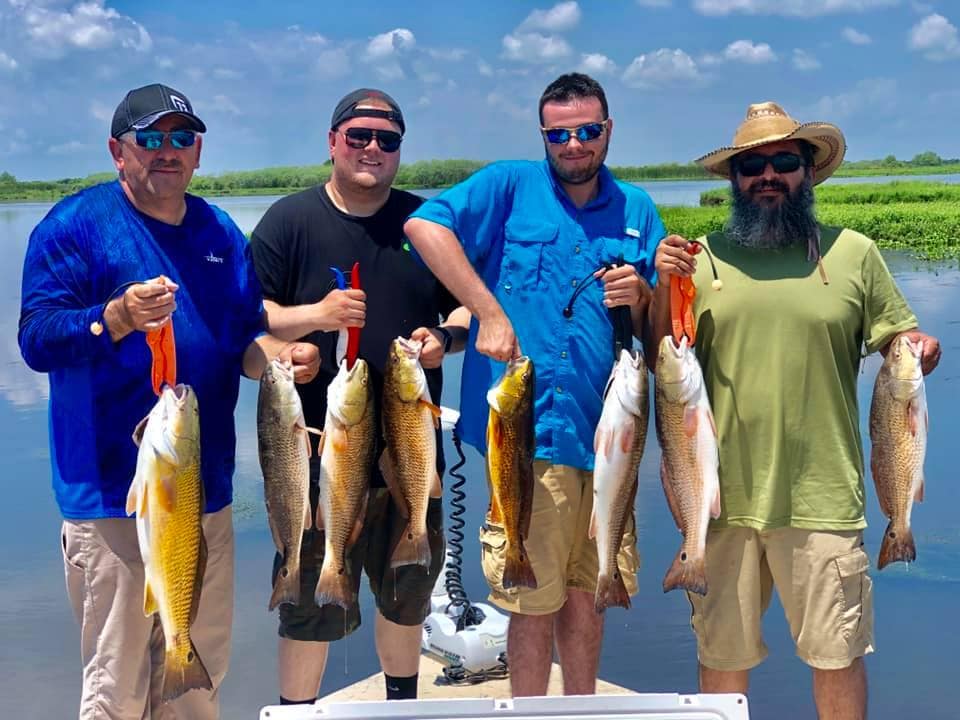 Louisiana has 3,000 miles of shoreline, which gives even the most avid fishermen a truly unrivaled experience. Along the coast, you can find marshes, lakes, and gulf waters with some of the most liberal catch limits in the country – this means that anglers can collect more fish here than anywhere else in the continental US.

Whether you’re being led down the bayou by a guide telling tales of folklore and history, or heading out for an inshore or offshore charter boating adventure, you’re sure to find the thrill of Louisiana fishing. Some fish you can catch in these waters include grouper, red snapper, yellowfin tuna, wahoo, lemon fish, blue marlin, cobia, redfish, king mackerel, speckled trout, and amberjack.

Louisiana is also known as Sportsman’s Paradise, and it’s for a good reason – it has the best fishing in the world, and you can catch fish year-round thanks to the beautiful weather. Plus, with the liberal limits, there will be plenty of fish for you to bring home. Check out some more information on seasonality below.

While many anglers are putting their rods and reels away this time of year, you don’t have to do that here in Louisiana! Head offshore to find yellowfin tuna and wahoo. These species can typically be found less than twenty miles offshore during the winter months.

This is the time speckled trout begin their migration from the interior marshes back to the barrier islands and other areas near the Gulf of Mexico. April through June happens to be the best time of year to catch monstrous speckled trout. All across the coast, fishermen can find redfish inside and outside all year long.

This time of year, you can find mangrove snapper, cobia, red snapper, yellowfin tuna, and amberjack, among others when fishing offshore. When it comes to inshore fishing, now is the time to catch easy limits of redfish, speckled trout, and flounder all across the coast.

During these months, fish begin migrating into the interior marshes and can be caught in large quantities. While speckled trout are more abundant this time of year, they are slightly smaller, but still very tasty! Redfish are still everywhere, and some of the biggest yellowfin tuna can be caught offshore.

If you’re looking to spend a day out on the water, come fishing with us at Whiskey Bayou Charters! We are located in Delacroix, Louisiana, and target redfish and speckled trout. Nothing would make me happier than to see you catching fish on a charter with me!

Back
Learn about LA Fish Species