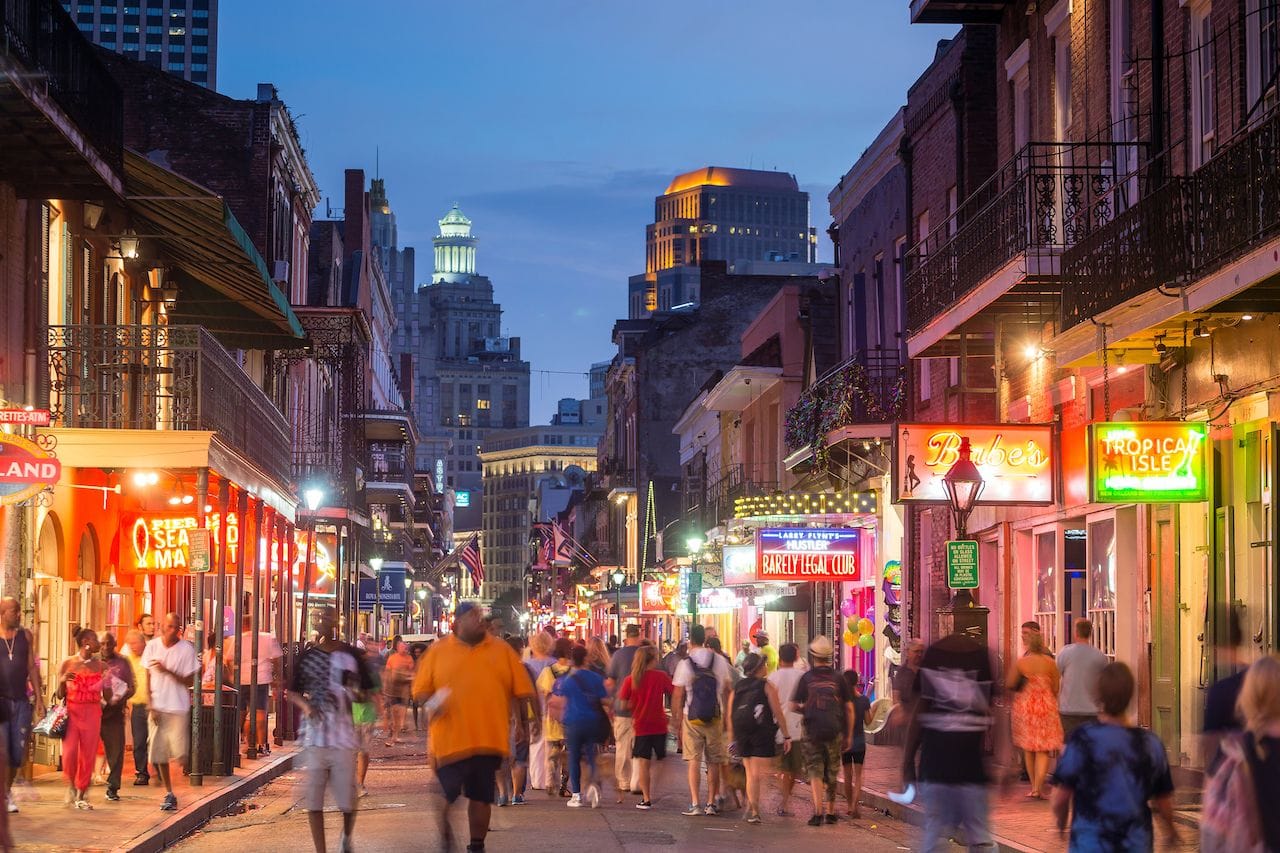 New Orleans is the birthplace of jazz, delicious foods and drinks, and it hosts Mardi Gras every year, which means it's pretty lively and upbeat. You can hear music throughout the day or night in several parts of New Orleans, but the real opportunity to enjoy this music and dance along comes at night. That's when the city truly comes alive! Here are some fun things to do after the sun goes down in New Orleans.

Cajuns are renowned for their cuisine in New Orleans, Louisiana. And you don't have to travel far into the countryside to realize they're great at dance parties too! In New Orleans, there are plenty who would love to show you how it's done, and before you know it, you'll be two-stepping your way around the dance floor, laughing with friends and listening to French songs.

If this is something that sounds fun to you, check out Tropical Isle Bayou Club or Mid City Lanes Rock' n' Bowl.

Feeling lucky? You're bound to have a good time at one of New Orleans' casinos! While gambling in New Orleans has been popular for a long time, it wasn't legalized until the 1990s. In 1991, in the hopes to boost Louisiana's economy, the state voted that up to 15 boats were allowed to operate in the local waterways. That very same year, the state lottery began. Soon after that, casinos and video poker outlets were legalized and started popping up all around the state. Casinos are a prominent part of the city's economy and nightlife.

Some of the best casinos in New Orleans include Harrah's New Orleans Casino, which is within walking distance of the French Quarter and the Ernest N. Morial Convention Center, which has fun Vegas-style entertainment, dining, and gaming. The Convention Center might be the best casino in the entire state of Louisiana, according to some! Not only does it have thousands of slot machines and 100 table games, but it also has a hotel and night club.

If you're looking for something a little more low-key, check out Boomtown New Orleans Casino on the West Bank across the Mississippi River. There are other places throughout the city as well that offer video poker rooms and off-track betting.

In New Orleans, the dance floors are always filled. In this city, you can find everything from DJ-powered parties to late-night Latin popups. If you're looking for a club where you can show off some of your dance moves, check out The Metropolitan, Grit's Bar and Pool Hall, or Razzoo.

There are always things to do after the sun sets in New Orleans! And when you're done having fun under the light of the moon and stars, get some rest so you can spend the day doing something else fun. In fact, come take a drive down to Delacroix, just 45 minutes from downtown New Orleans, and come fishing with me at Whiskey Bayou Charters! It'd be a great way to spend a fun, relaxing day after a night of dancing or gambling.